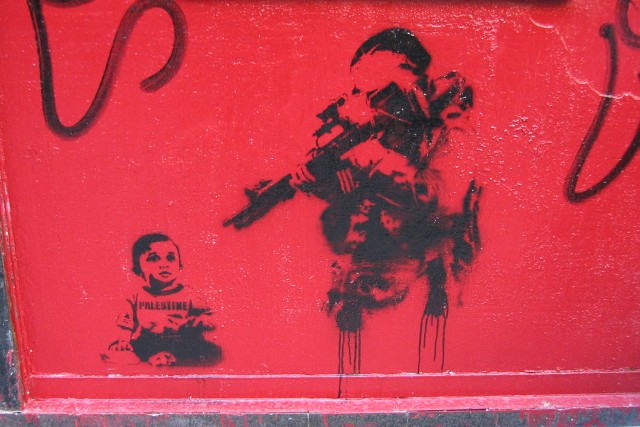 The Australian Greens have called on the Government to add Australia's weight to end Israel's gross & disproportionate violence & bombing of Palestinians in the Gaza strip.

"We call on the acting Prime Minister to speak out against the violent & disproportionate action by Israeli leaders which has lead to the death of 400 Palestinians including many women, children & innocent men," said Bob Brown.

Senator Hanson-Young said that with more than 600 Palestinian civilians killed thus far, the effect this conflict has had on children has reached crisis point.

"No child should ever be used as a weapon of war, nor should they be subjected to violence and forced to flee their homes in fear."

Australia's voice should also be raised against the threat of an imminent invasion of Gaza by the Israeli army and instead push for internationally brokered peace talks.

The Greens have consistently condemned violence from both sides, including the rocket attacks on Israel - see attached resolution. Australia should be active at the United Nations in condemning the violence and promoting an international peace operation.

The Rudd Government's record is woeful. It voted down a Greens Senate resolution in December - before this recent violence started - calling for Israel to lift its ban on foreign journalists entering Gaza.

Because the motion was opposed by the opposition and the government, rather than go to a vote I seek leave to make a brief statement.

I thank the Senate. This is an extremely important matter of international press freedom. The borders of Gaza have been closed, in effect, for more than two weeks because the Israeli government has decided, according to defence ministry spokesman Shlomo Dror, that Israel is displeased with news coverage of Gaza and has charged that the news coverage has overplayed Palestinian suffering without adequate explanation of Israel's reasons for closing the border.

However, in Israel itself the Tel Aviv based Foreign Press Association has taken action in Israel's Supreme Court, which has ordered the government to respond within 15 days. Heads of the leading world news organisations-and that includes CNN, the New York Times, Associated Press and Reuters-have written to Prime Minister Olmert demanding that the border be reopened, but Mr Olmert told reporters in Washington he had not read the letter.